Stereolithography is an additive manufacturing process using a layer-by-layer fabrication procedure in which the selective curing of a polymer resin by a computer-controlled UV laser beam enables the fabrication of a three-dimensional part [1] [2]. Initially used in the plastics industry, stereolithography has expanded in the field of ceramics only from the mid-1990s with the development of photopolymerizable ceramic pastes/suspensions [3] [4]. These photosensible ceramic systems make it possible the manufacturing of ceramic parts with complex shape, high dimensional accuracy, excellent surface finish and good mechanical properties. The main applications targeted are biomedical, luxury, electronics, casting molds and cores.

To produce finished parts, the process of stereolithography combines numerical tools for conception, preparation of farbication and control of the printing machine with manufacturing equipments for cleaning, debinding and sintering (Figure 1). As a first step, a computer-aided-design (CAD) file of the part  is converted into a compatible standard format, called STL format. Then, the geometry described in the STL file is virtually sliced, according to the desired layer thickness, in a specified direction according to the shape of the part. Then, the contour of each cross sectionnal pattern extracted from each slice is filled respecting some fabrication parameters like hatching space and contour compensation. The laser trajectory computed during this stage is written in a file (the printing program) or directly  sent to the stereolithography machine in order to build the part. 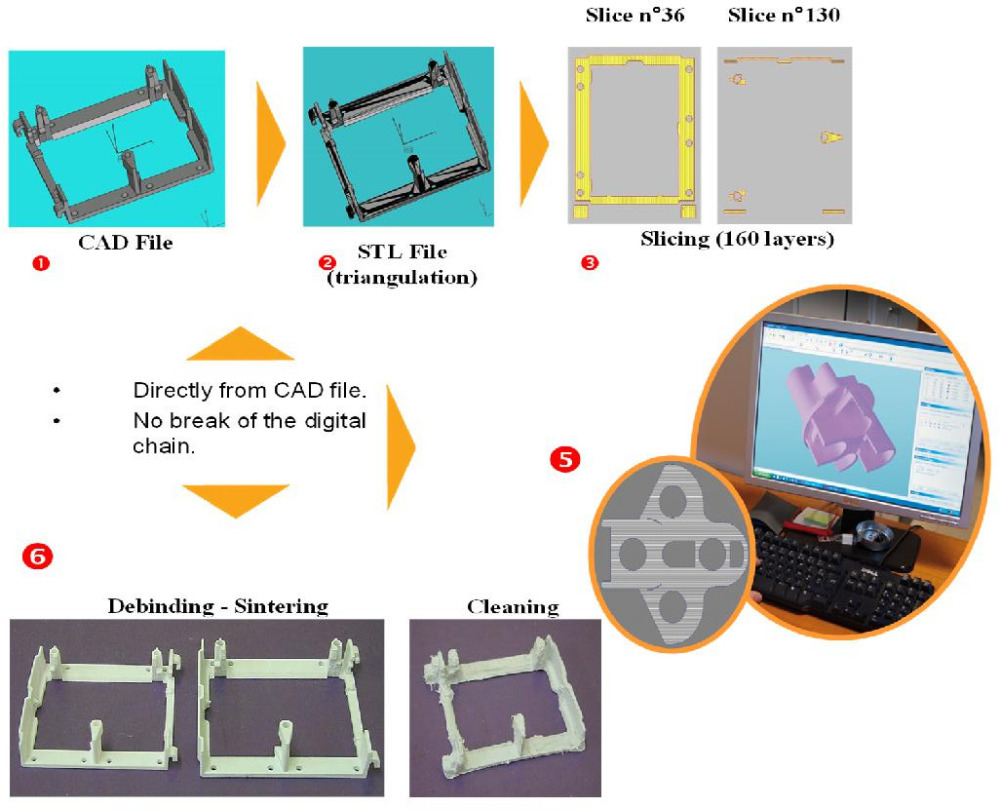 The green part is then physically built using an automated machine. The photopolymerizable ceramic paste/suspension is firstly deposed using a scraper on a support table (Figure 2(a)). Then the UV laser beam, directly controlled from a program describing the cross-sectional pattern in each layer, interacts with the reactive system thereby selectively curing the ceramic paste/suspension in the described pattern (Figure 2(b)). Afterwards, the support table moves down to the desired layer thickness in order to deposit the next layer. The process is repeated for all layers. After completion of the part, the green part is removed from the non-polymerized paste/suspension and a suitable solvent is used to remove the uncured ceramic paste/suspension from the part. Finally, the green part needs to be debinded and sintered in order to remove the organic phase and to obtain a dense ceramic part (figure 1). 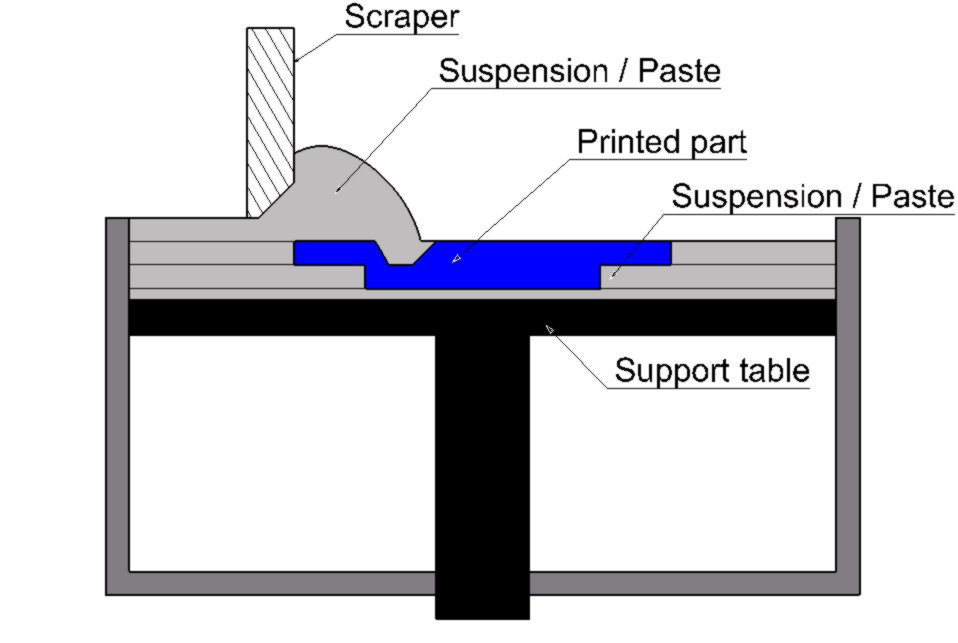 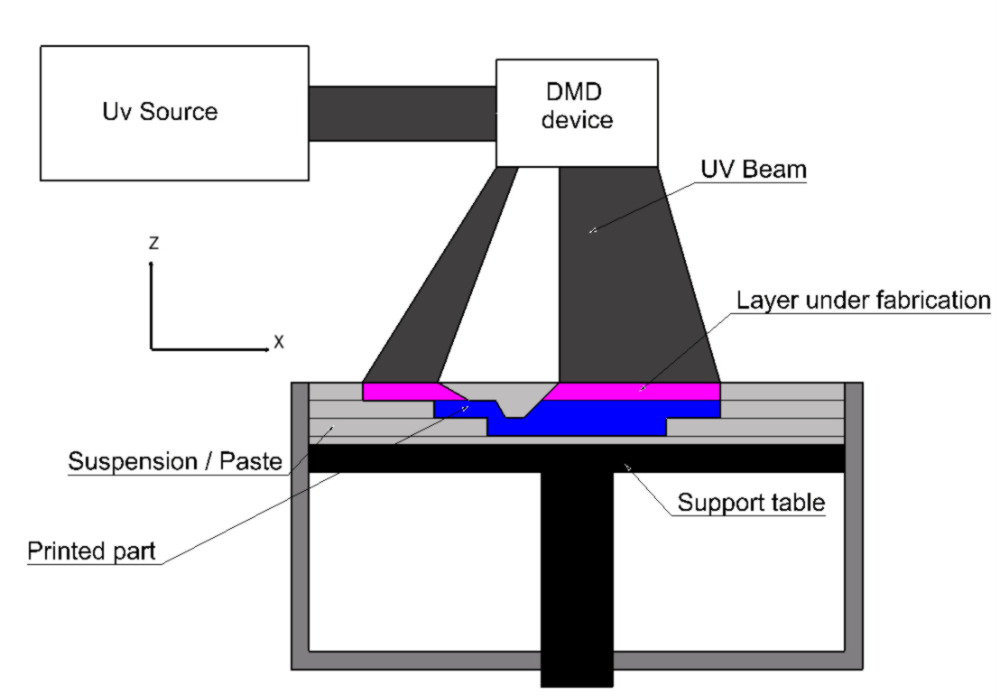 The dimensionnal limiting aspect of this process is more linked to the polymerization of the ceramic system rather than the resolution mechanical resolution of the machine or the optical system of control of the laser beam position. In a stereolithography printing machine, a laser beam with a specified power and wavelength is sent through a beam expander to be deflected by a pair of X and Y mirors. These form the optical scanning system of the printing machine(figure 3).

The optical scanning system can be replaced by a DMD (Digital Mircromirrors Device) like in figure 4. In this case all the surface of each layer is irradiated in one time and the fabrication time of the part is decreased. The principal limitation is the dimensionnal accuracy wanted for the final part related to the size of the object. As the micromirros have a defined size, the resolution of the printed part is directly linked to the number of mirrors and the objective lense associated to the DMD. This process is generally called microstereolithography.  However it is possible to built large parts by moving the part or the DMD matrix during the scanning of each layer. This type of machine requires a good synchronization between the XY positionning system and the DMD sytem in order to have a good dimensionnal accuracy of the green printed part. 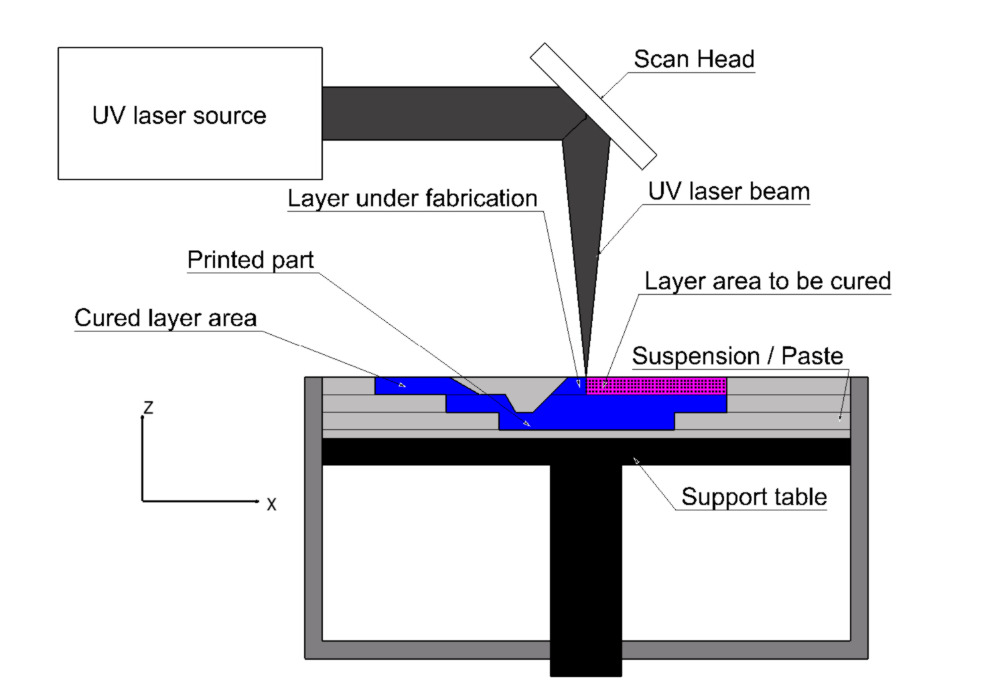 The photopolymerisation process occurs by the interaction of the laser beam with the curable ceramic system, curing a predetermined depth of the past after a controlled time of exposure (inversely proportional to the laser scanning speed) [5].The solidification of the ceramic past depends on the energy per unit area (or exposure) transmitted during the motion of the focused spot on the working surface. There is a threshold critical exposure energy that must be exceeded for the photopolymer to solidify. To maintain accuracy and cohesion during part building using a stereoliyhography printing machine, the polymerized thickness (Ep) and the cured line width (Lp) must be controlled [6][7][8]. Parameters which influence characteristics of the green parts are the physical and chemical properties of the resin, the speed and resolution of the optical scanning system, the power, the wavelength, the spot size of the laser and the recoating system.

Ceramic pastes arecomposed of a reactive system consisting of a dispersion of ceramic particles in a curable resin. This resin consists essentially in one or more monomer(s)/ oligomer(s) and a photoinitiator, controlling the polymerization reaction. There are many types of liquid photopolymers that can be solidified by exposure to electro-magnetic radiation, including wavelengths in the gamma rays, X-rays, UV and visible range, or electron-beam. The majority of photopolymers used in the commercial stereolithography systems, including 3D Systems are low viscosity acrylate oligomers and monomers. Stereolihtography machines generally use UV-curable resins. They are therefore called reactive suspensions [9]. The schematic illustration of a reactive suspension is presented in the figure 5. 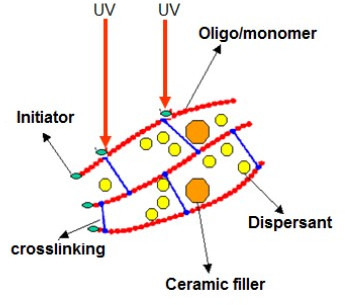 [9] A. BADEV, T. CHARTIER ET AL. "Photopolymerization kinetics of a polyether acrylate in the presence of ceramic fillers used in stereolithography", journal of Photochemistry and Photobiology A: Chemistry, Volume 222, Issue 1, 5 July 2011, Pages 117-122

Made by: 3DCeram
Material: Alumina
Postprocessing: as sintered 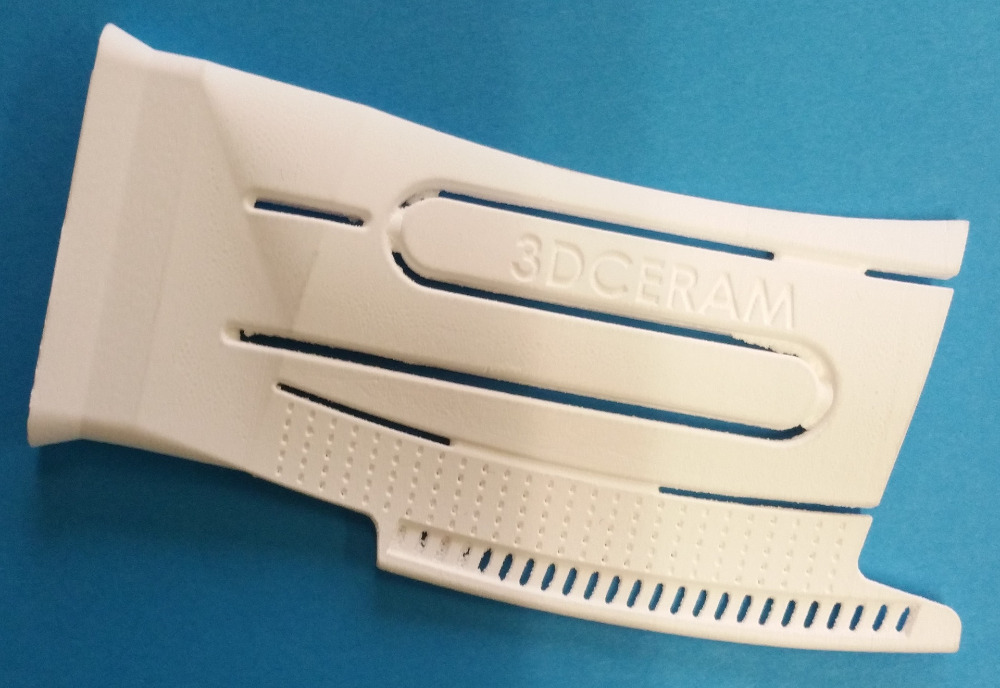 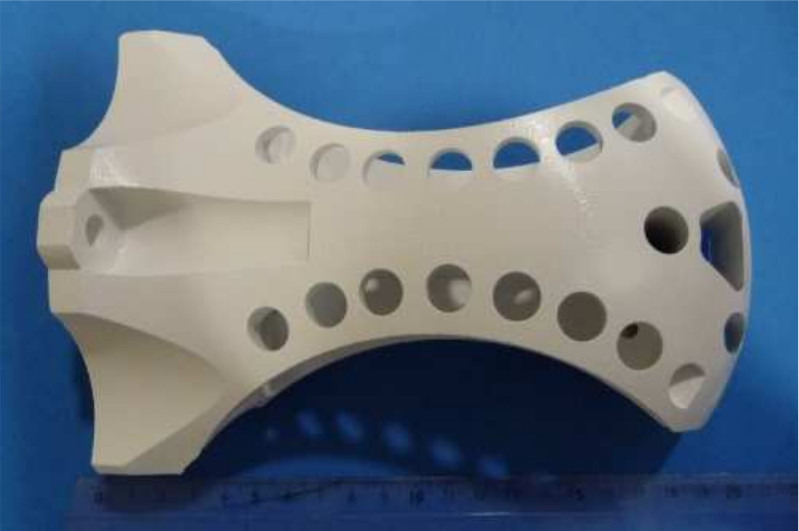 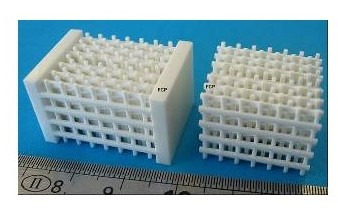 Made by: 3DCeram
Material: Zirconia
Postprocessing: as sintered 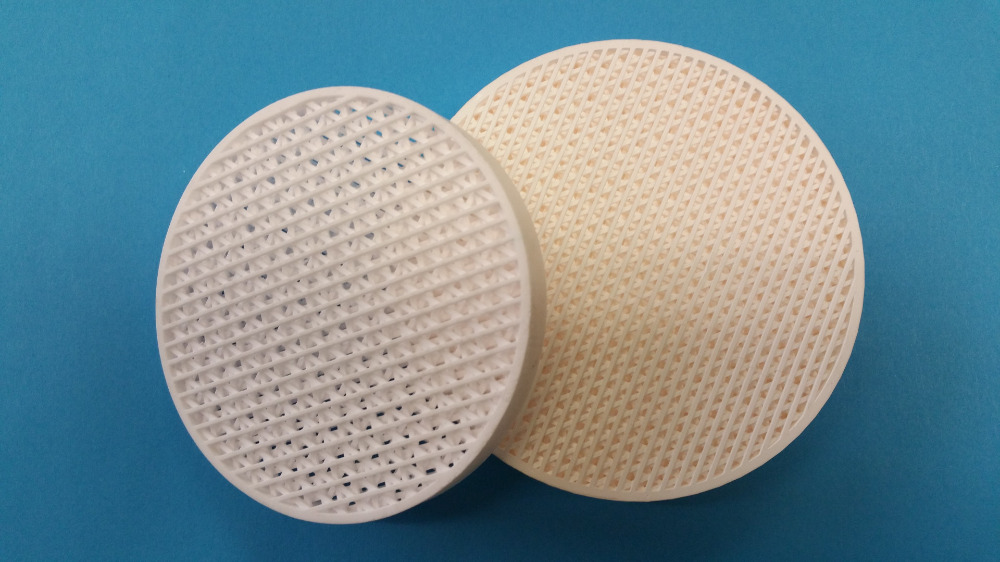 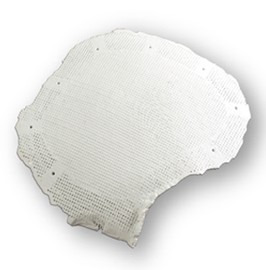