Laser Beam Melting (LBM), also known as Selective Laser Sintering / Melting (SLS / SLM) is an Additive Manufacturing (AM) process using a layer by layer fabrication procedure in which the laser beam energy is used to build up a 3D part from a powder bed. The basic principle of LBM comprises five steps (see Figure 1):

2. A layer of powder (with a controlled thickness) is spread over the building platform.

3. The powder bed is sintered or molten selectively by the laser beam deflected by a galvanometer scanner.

4. The building platform is lowered by a height corresponding to one layer thickness defined at the step (1).

5. Steps (2) to (4) are repeated until completion of the object building up.

The powder not irradiated by laser is brushed away from the as result 3D part and can be re-used later to build up another part.

Nowadays, SLM is considered as a mature technique to process metals and polymers [1]. On the contrary, manufacturing of ceramics through SLM is not usual. There are specific issues with ceramics which are still investigated in the laboratories (cracking, poor cohesion of the manufactured parts, phase changes during the laser treatment…). Nevertheless, recent developments show some progresses.

As reported in literature, ceramics oxides exhibit a weak optical coupling with light at near infrared wavelengths. Alumina absorbs less than 10% of laser energy for wavelength around 1000 nm [2, 3]. Most of the LBM industrial machines are equipped with Nd:YAG like lasers operating at 1.06 µm. As a consequence, oxides can hardly be processed using commercial machines. To overcome this issue, two approaches have been studied in literature:

Concerning this second approach, several different materials have been tested during the last years. Bertrand et al. used a fibre laser to manufacture zirconia 3D parts. Complex shapes with a relative density of 56% were achieved [5]. Hagedorn et al, have studied the eutectic ratio of alumina and zirconia from dense particles of both oxides. An experimental setup of the LBM process equiped with a CO2 and a Nd:YAG lasers was used. The CO2 laser is used to preheat the powder up to 1600°C then the Nd:YAG laser brings selectively a limited amount of energy to melt the ceramics. Parts with a relative density near to 100% without cracks were achieved. Nevertheless, the obtained surface quality exhibit a high roughness [6].

On the contrary, Juste et al [7], as well as Ferrage and al. [8] have used a commercial LBM equipment (dedicated to metals) to process ceramics. The results show that in order to process ceramics, the powder need to have some very stringent features: suitable particle size distribution, morphology and flowability. It also has to comprise an additive to enhance the optical coupling of the ceramics with the laser wavelength (see Figure 2). Mixing alumina with a limited amount of colloidal carbon proved very efficient to improve the apparent absorptivity of the powder bed. With such an approach, alumina parts were built up with final relative densities up to 97.5% and 96% with yttria-stabilized zirconia [7, 8]. 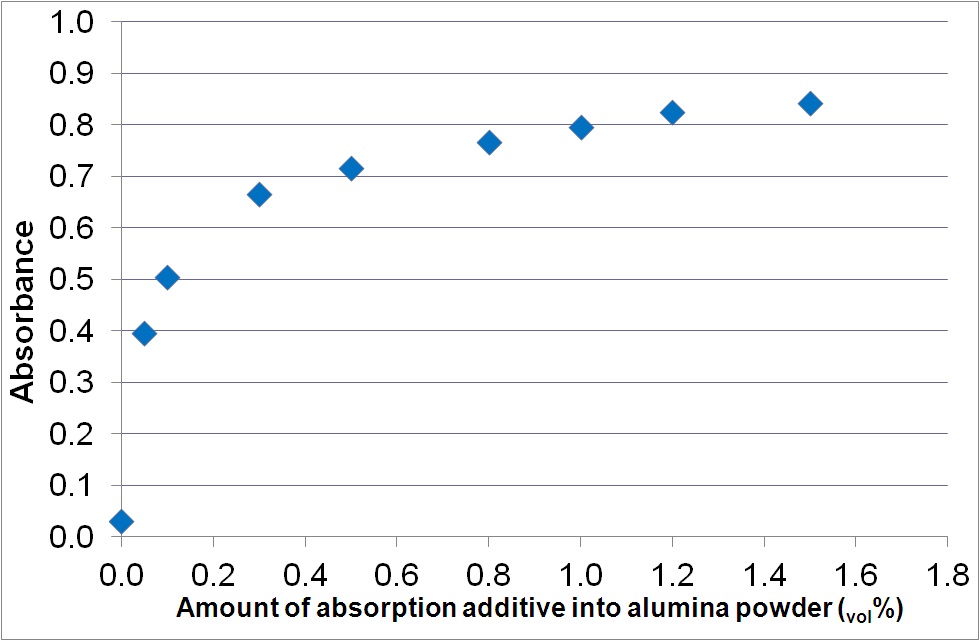 Despite those results, the microstructures of the manufactured parts still exhibit cracks and pores (Figure 3). If structural applications are prohibited for such parts, the intrinsic damages can be turned as an advantage to create molds for high temperature investment casting. It has been demonstrated that such alumina molds processed in LBM exhibit a thermal shock resistance up to 600°C [9]. 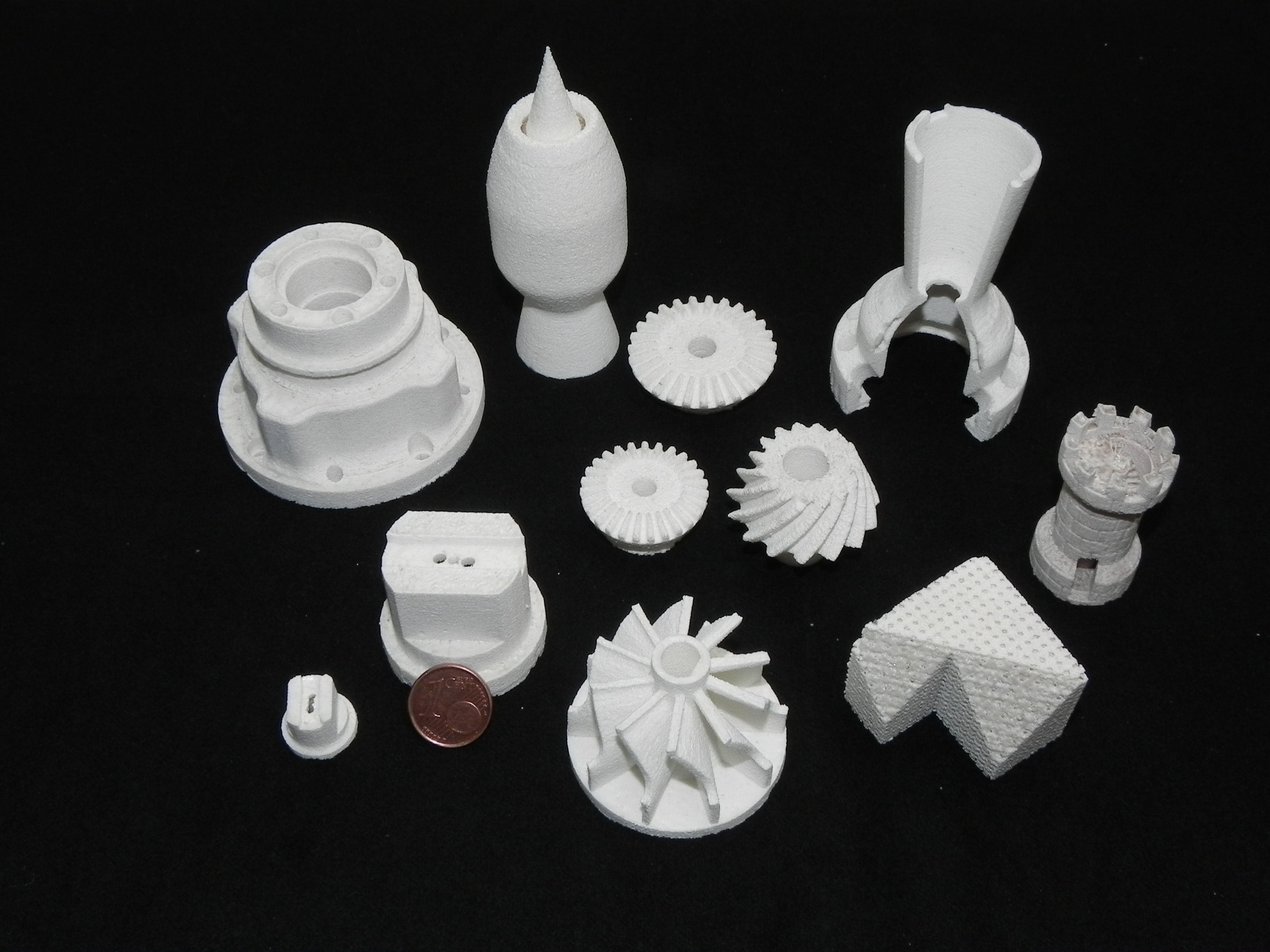 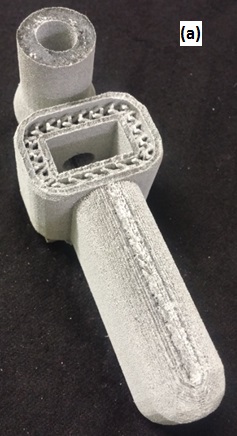 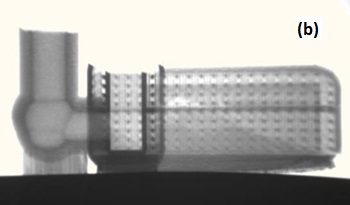