Slurry based 3D Printing (3DP) is a technology which is a logic extension of powder based 3DP. Instead of spreading a dry powder into thin layers, a ceramic slurry or slip is used in order to increase the powder packing density in the powder bed. Already in the milestone patent Three-dimensional printing techniques by Sachs et al., filed in 1989, the dispersion of powders "in a liquid vehicle" is suggested "to provide the desired uniform depositions of such powders at the required rates and densities" [1]. In a later patent by Sachs et al., filed in 1998, the use of liquid dispersions of powdered materials for the built up of a powder bed in a layer by layer fashion is explicitly described [2].

A major concern at that time was, however, the deposition of uniform layers with a flat and smooth surface. Since then, technologies capable of repeatedly depositing thin layers of ceramic slurries to build up dense powder beds for 3DP have been developed [3-5]. This technology is denoted as Layerwise Slurry Deposition (LSD). A survey of recently published work reveals a great potential of the LSD technology for the manufacture of dense powder compacts, comparable to those produced by classical powder processing, that is with low organic content.

In the LSD technology a liquid suspension of ceramic particles is spread as a thin layer comparable to tape casting, while within this layer a cast is formed comparable to slip casting, see also Figure 1.

In the slip casting process, the slip is brought into contact with a porous body, the casting mold. When a liquid is wetting a porous body, capillary forces draw the liquid phase of the suspension into the porous mold. The particles start to form a powder compact, the cast, at the molds surface. The cast formation kinetics obeys a square-root-of-time law by depositing individual particles from the suspension to the surface of the mold. In case of the LSD process the mold is formed by the previously deposited and dried layers [6,7]. Slip casting results in the formation of powder compacts with densities potentially exceeding 60% TD. Furthermore, due to the free settling of the powder particles from the suspension, no obvious interface is formed between individual layers. The formation of a cast starts as soon as the slurry is in contact with previously deposited and dry layers. Hence, the speed of the doctor blade relative to the dry layers must be high enough to prevent collision of the cast with the doctor blade. On the other hand, when the speed of the doctor blade is too high, layer deposition is not uniform, because shear stresses within the suspension will result in an inhomogeneous deposition. For commercial silicate ceramic slurries, a speed of the doctor blade of 50 mm/s is typically chosen. For technical ceramics, the cast grows significantly faster and the speed of the doctor blade must be increased to 100 mm/s or higher. In conventional powder-based 3DP, the part built is easily released from the powder bed, but this is not the case for the slurry based process. After deposition of all layers required for building up the desired geometry, the printed body is embedded in the powder bed which now is a block of densely packed particles. For the release of the part, the powder compact must be dissolved by a solvent. In case water based slurries are used for the layer deposition, water can act as a solvent for the powder bed. Figure 2 shows an example for the release of two alumina tooth wheels.

Figure 2. Release of two alumina LSD-printed toothed wheels (a) embedded in the powder bed at the end of the process and (b) after partial removal by washing with water.

The use of a ceramic suspension for layer deposition in additive manufacturing is an upcoming technology, and only few results are available. The advantage of slurry based layer deposition is its potential to produce powder compacts with high powder packing densities, typically exceeding 55% TD and with low content of organic additives, typically below 5wt.%. For the manufacture of powder compacts with properties comparable to those produced by classical powder processing, 3DP in combination with layerwise slurry deposition (LSD) has the highest potential. By the use of small amounts of organic or inorganic binders provided by a printing head, the particles in the densely packed powder bed are locally glued together, and compacts generated by this technology don't require any additional treatment prior to sintering. Thus, we can forecast that 3DP in combination with LSD will be more and more used for the printing of ceramic powder compacts. 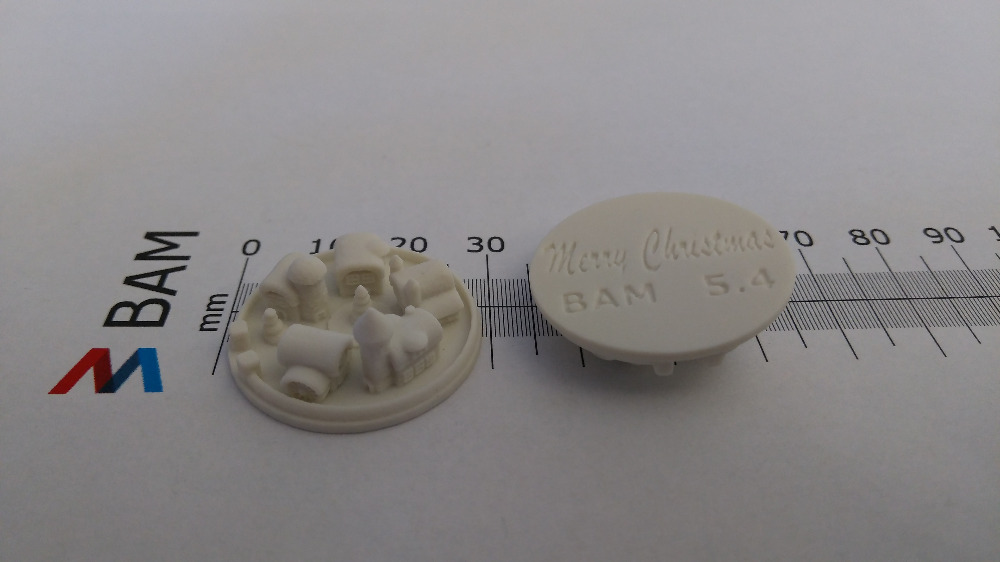 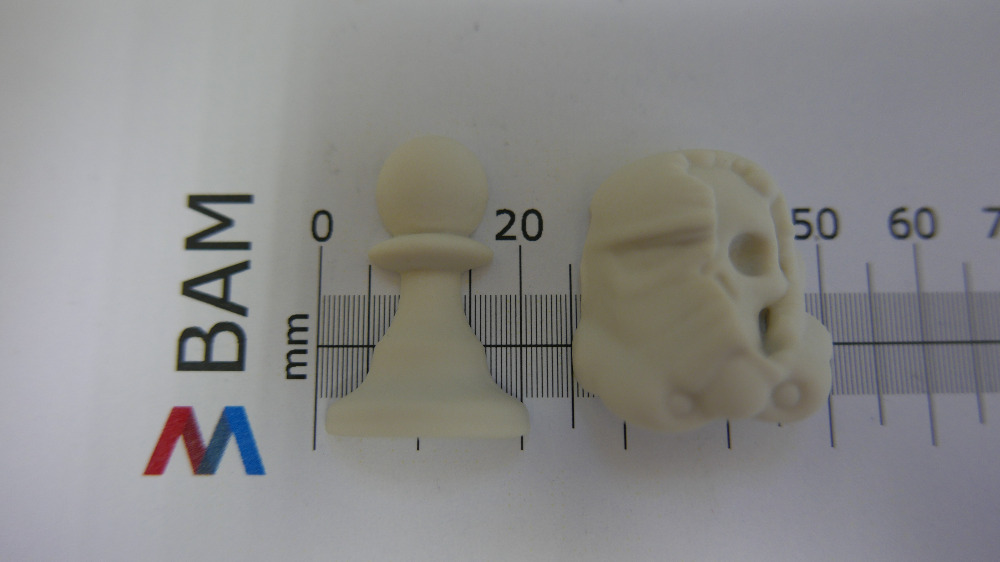 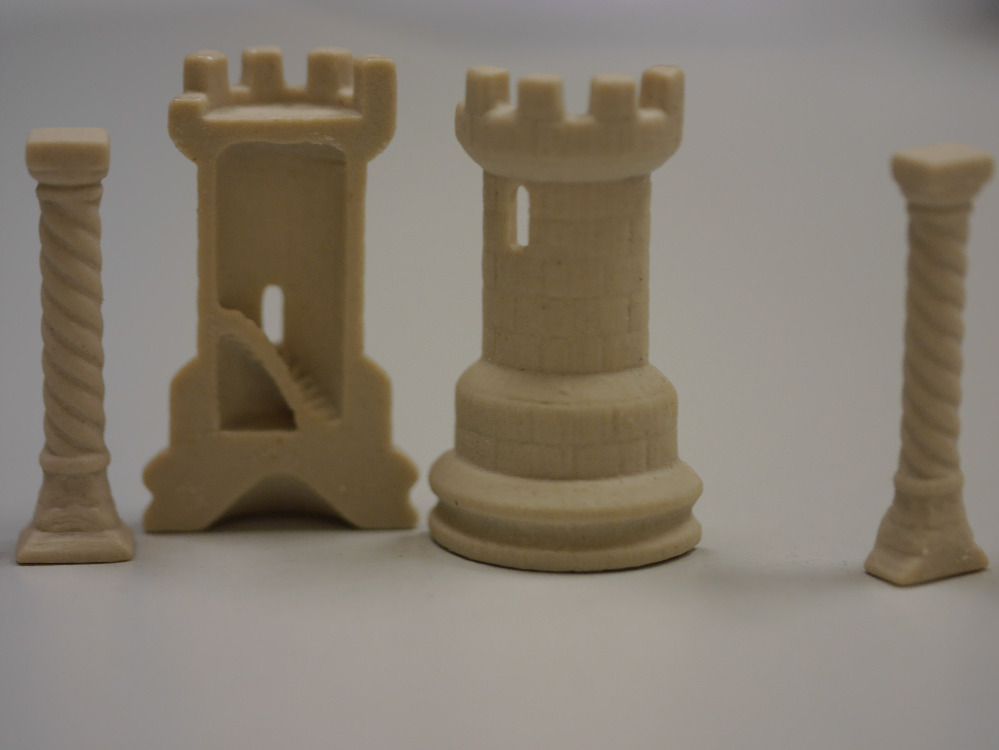